Girls in the Vineyard Cabernet Sauvignon 2017

The 'Girls' are the vines of the various vineyards and regions that winemaker, Rob McDonald farms.  From these Cabernet Sauvignon vineyards across Northern California, Rob selects several profiles to bring together this velvety offering.  Beautiful garnet hues and expressive fruit & earthiness are sure to make for a pleasing experience!

Tasting Notes:  The nose is a blend of cassis, currant and intense black cherry with a soft clove spiciness on the finish. This Cabernet Sauvignon is a benchmark for understanding what to expect: cassis, blackberry and other brambly fruits, a hint of earthiness and sufficient cocoa to round out the intrigue. The French oak lends prevalent baking spices to the finish: cinnamon, nutmeg, and clove.

Winemaking:  Fermented in open top stainless tanks - some with pump-overs, some punch downs.  Aged in French oak, but  mainly older barrels to develop character and texture, and then a touch of new barrels for spice. 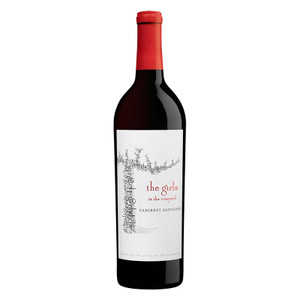