Purchased in 1896 with ten gold coins earned working in California’s goldmines, Peter Seghesio's great grandfather began working the included Zinfandel vineyards on the San Lorenzo property.  Peter still works these vineyards today and produces world class Zinfandel as evidenced in 2016 when The Pearl earned a 97pt rating in Wine Spectator magazine - the highest ever rating given to a Zinfandel-based blend.

Tasting Notes:  The unmistakable aromas of blackberry and sage are complemented by a touch of plum. On the palate, the wine opens with a quick flash of overripe strawberry, and leads to the previously alluded to blackberry.  The blackberry is met with rich plum and soft fig, a subtle herbaceousness, and finishes with subtle but correct cracked black peppercorn.

Winemaking:  Grapes are harvested at night, double sorted, then placed in small 4-ton, open-top tanks where they cold-soak for five days at 55°F. Gentle pump-overs ensue until day six when we turn off the cooling and inoculate to begin fermentation. Fermentation will last for 10-12 days on the skins with punch down and pump over each day. Total time on skins will last 16-18 days allowing for slow and careful extraction. The new wine and cap are drained and then gently pressed at never over 1 Bar to reduce extraction of harsh tannins. 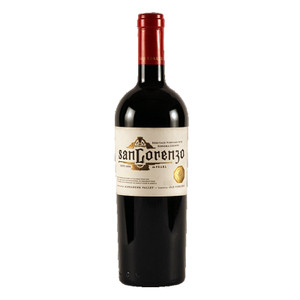